Kookmin University held the 16th Focus Percussion Ensemble in the Concert Hall of Seoul Arts Center last October 13th. This regular concert was held to celebrate the 60th anniversary of the music career of Maestro Dong-uk Park who is a pioneer of the classic percussion as well as a living legend of the musical circle in Korea.

Maestro Dong-uk Park came back to Korea upon taking the position as chief timpanist of the National Symphony Orchestra in 1974. He laid the cornerstone for the Korean percussion, which was unexplored during that time, and contributed to the development of modern music. Moreover, his influence to creative music circle inspired and stimulated the composition of new works including percussion.

In this concert, ‘Mast I (1979),’ ‘Circular Cone (1980),’ ‘Sound, Light, and Joy (2014),’ and ‘Mast II (1998)’ were introduced. Especially, ‘Sound, Light, and Joy’ was premiered this time. Regarding this work, Maestro Park said, “When I look back at the 60 years of my music career, ‘sound’ has always been the goal of my quest” and added, “When I find new sound and focus on that ‘sound,’ I can listen to ‘the sound’ that starts from tiny vibration to reverberate the great universe. The fine vibration spreading from ‘the sound’ meets ‘light’ as if finding the mystery of the universe.” 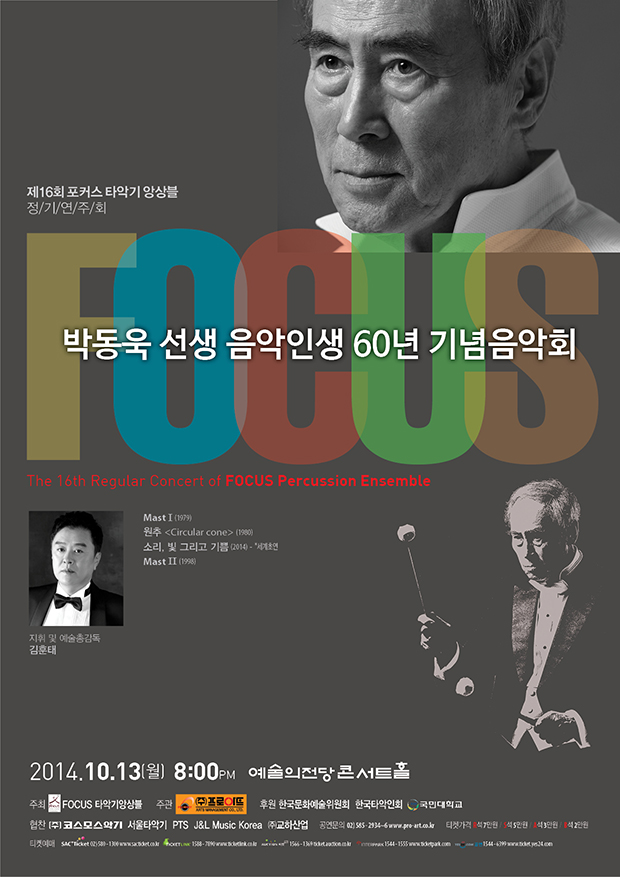